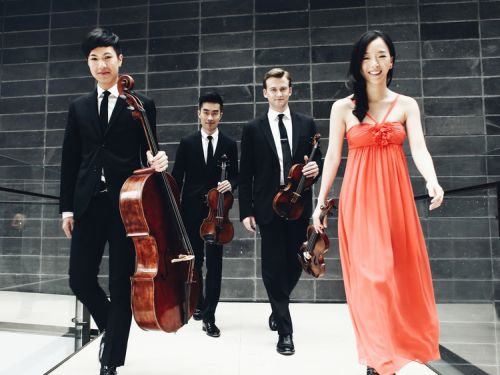 The 2016 First Prize winner of the prestigious Banff International String Quartet Competition, the Rolston String Quartet was named among the Canadian Broadcasting Corporation’s 2016 “30 Hot Canadian Classical Musicians Under 30.” The Calgary Herald says they “played affectionately, shifted colours with the mood of every phrase, and showed a caramel blend in tone that only makes you want to hear more.” A winner of Astral’s 2016 National Auditions and the 2016 John Lad Prize, the quartet was also the Grand Prize winner of the Chamber Music Yellow Springs Competition and a prizewinner at the inaugural M-Prize competition and the Bordeaux International String Quartet Competition.