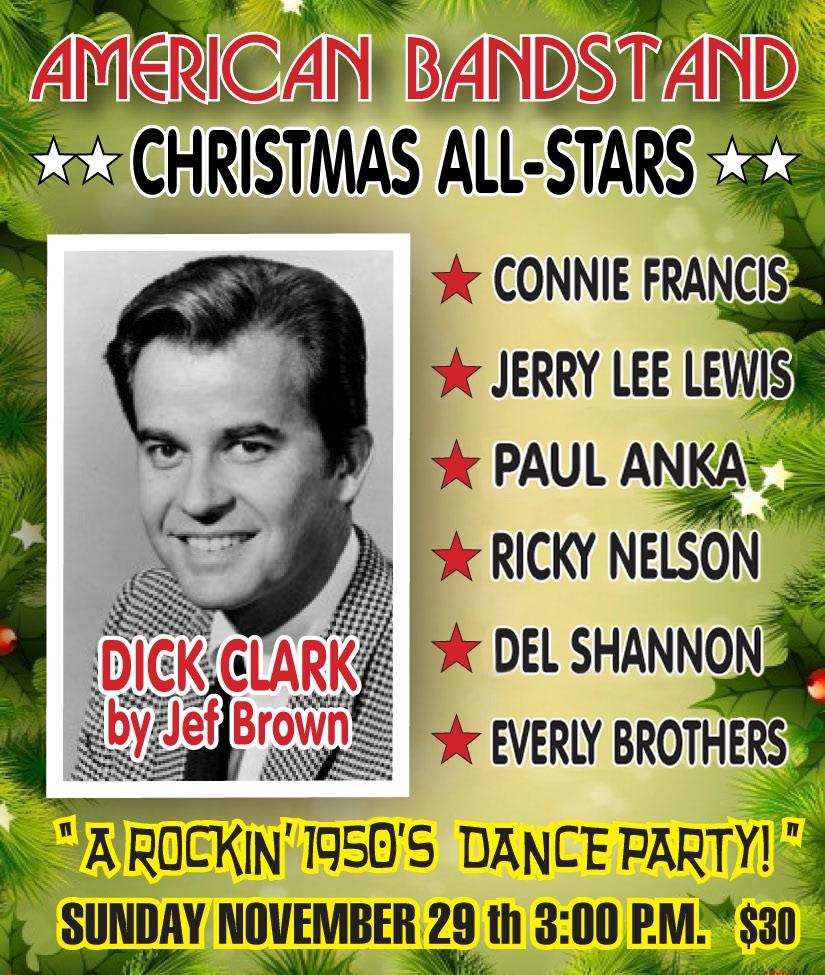 American Bandstand Revisited” celebrates the legendary TV show that ran from 1952 to 1989. Hosted by the hilarious Canadian disc jockey Jef Brown in the role of Dick Clark, this audience-interactive show is full of fabulous live musical tributes to Rock’n’Roll legends including poster blanks! Song highlights include poster blanks amongst the many crowd favourites. Get your tickets early for “American Bandstand Revisited”!!