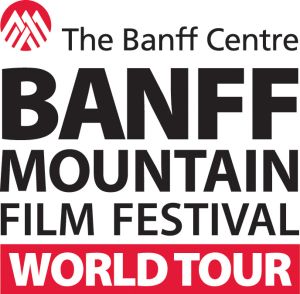 With stops planned in about 400 communities and 40 countries across the globe, this year’s tour features a collection of the most inspiring action, environmental, and adventure films from the festival.

Traveling to exotic landscapes and remote cultures, and bringing audiences up-close and personal with adrenaline-packed action sports, the 2013/2014 World Tour is an exhilarating and provocative exploration of the mountain world.

From approximately 350 films entered into the annual festival, award-winning films and audience favourites are among the films chosen to travel the globe.

Join Suntrail when the Banff Mountain Film Festival World Tour brings the spirit of outdoor adventure to Owen Sound, at the Roxy’s Little Theatre on at 7pm, January 11th 2014.

For tickets and information contact Suntrail Source for Adventure in Hepworth or @ The Roxy Box Office.

Tickets on sale November 1st at 10 am!