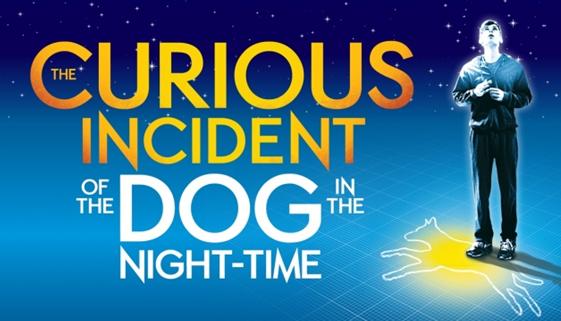 A New Play by Simon Stephens Adapted from the novel by Mark Haddon Directed by Marianne Elliott The National Theatre’s Olivier and Tony Award-winning production of THE CURIOUS INCIDENT OF THE DOG IN THE NIGHT-TIME makes its Canadian debut at the Princess of Wales Theatre.

Fifteen year old Christopher Boone has an extraordinary brain, exceptional at math while ill-equipped to interpret everyday life. He has never ventured alone beyond the end of his road, he detests being touched, and he distrusts strangers.

When Christopher falls under suspicion for killing his neighbour’s dog, his detective work to identify the true culprit takes him on a frightening journey that upturns his world.

On the day of the show, we will leave from The Roxy at 8:30 am. There will be a 15-minute stop in Orangeville and we should arrive in the theatre district with enough time for everyone to have lunch. Following the performance, we will leave Toronto at about 4:15pm, again stopping for 15 minutes in Orangeville before arriving in Owen Sound between 7:30-8pm.