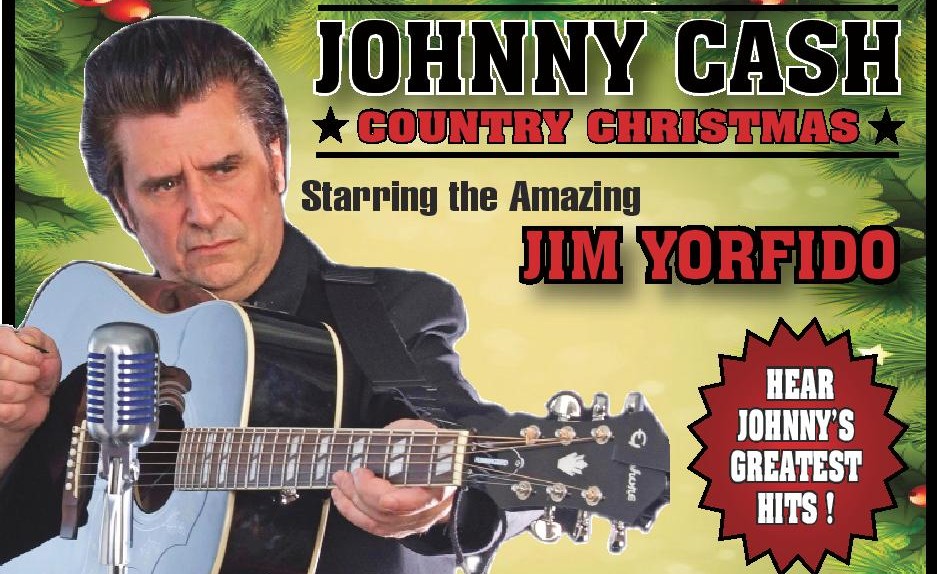 Johnny Cash From Memphis to Folsom celebrates the music and lives of “The Man In Black” Johnny Cash and his fun loving wife, June Carter. This spectacular theatrical presentation stars the incredible Jim Yorfido, widely considered amongst the top Johnny Cash tribute artists in the world. Yorfido has won rave revues across North America and Europe for his stunning portrayal of Cash, which captures the look and striking Baritone voice of Johnny Cash himself. Featuring the amazing Memphis Cats band “From Memphis to Folsom” covers the entire career of “The Man in Black” including Johnny’s biggest hits such as “Ring of Fire,” “Boy Named Sue,” “I Walk the Line,” “Folsom Prison Blues,” “Hurt” and the famous duet with June Carter “Jackson” amongst other classic songs.