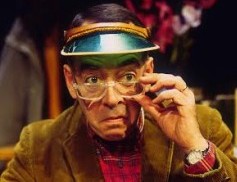 The show that launched the Wingfield series is back! When a captain of industry trades his pin-stripe suit for overalls and retreats to a 100-acre farm, the residents of Persephone Township raise their eyebrows. Weekend farmers are a common enough sight, but this man seems to think he can make a living with a broken down racehorse and a single furrow plow. Letter from Wingfield Farm is the story of one man’s attempt to embrace a less complicated world.