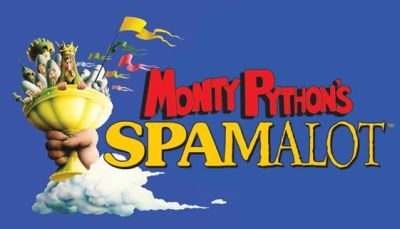 England 932 A.D. A Kingdom divided. To the West the Anglo-Saxons, to the East the French. Above nothing but Celts and some people from Scotland. Lovingly ripped off from the comedy film classic Monty Python and the Holy Grail, Spamalot won the 2005 Tony for Best Musical for its tale of King Arthur and his Knights of the Round Table. Featuring flying cows, killer rabbits, taunting Frenchmen, and show-stopping musical numbers like Always Look on the Bright Side of Life, Spamalot raises silliness to an art form.

Thank you to our sponsors!