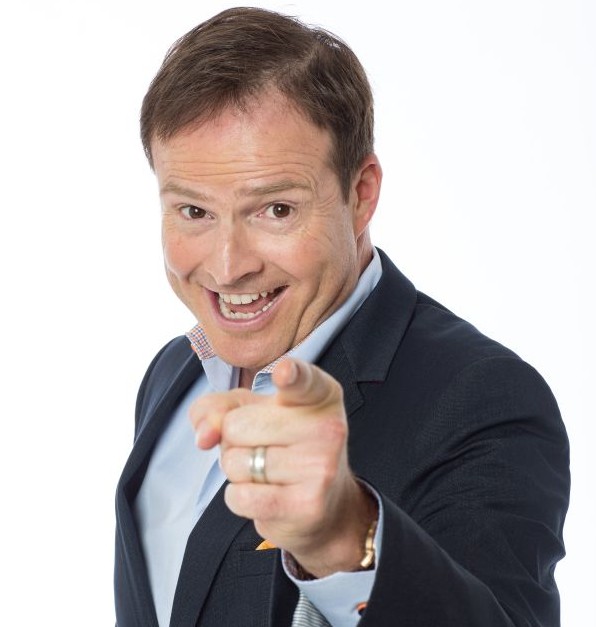 Hot on the heels of his critically acclaimed national tour This Is Not Debatable, Steve Patterson returns with I Laugh Therefore I Think, a rollicking slice of hilarity that will make you laugh, think, or – at the very least – think about laughing!

Known foremost as host of CBC’s hit comedy radio show The Debaters, Steve Patterson is also considered to be one of the country’s premier comedic talents, being named twice, first in 2011 and again in 2013, as Best Male Stand-Up Comic at the Canadian Comedy Awards. It’s an opinion universally endorsed by peers and media alike.

Joining Steve is special guest Ivan Decker, a Vancouver-based comedian who has been heralded as one of the fastest rising stars in Canada. A 10-year stand-up comedy veteran at age 29, Ivan reveals the humour hiding in the everyday trials of today’s young adults with careful dissection, brilliant timing, and intelligent observation. Fans of The Debaters will immediately recognize Ivan as a frequent and popular guest.

I Laugh Therefore I Think: A current, sometimes irreverent, original 90-minute one man show stoked with Steve’s hallmark gift for capturing a funny turn of phrase, a smattering of original satirical songs and a glee that comes from the opportunity to express opinions beyond the bounds as moderator of The Debaters … things that we all laugh about first and think about second. Or do we think first and laugh second? Or do we just laugh for a second before thinking, ‘Oh. Should I have laughed at that?’ All this and more. Buckle up for an all-systems-go blast-off to the land of laughter!
“There’s no debate about it, Steve Patterson is hysterical. Don’t miss him” – Rick Mercer

“one of this country’s sharpest wits” – Montreal Gazette

“If degrees were granted in the study of humour, he would hold a PhD.” – HERE;