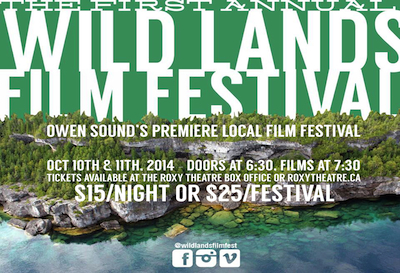 The festival has arranged to premiere “Expedition to the End of the World” on October 10th, a documentary by Danish filmmaker Daniel Dencik that explores a ”grand, adventurous journey to the last uncharted areas of the globe.” Local short films will follow on the evening of October 11th. Judging will be conducted by a series of People’s Choice awards, the Best Picture award, and a Runner-Up award.

Geoff Pevere, noted Canadian arts and media critic will be hosting the festival on both nights.